Our full-time staff has nearly 250 years of sheet metal experience and over 40 years of teaching experience. We come from different parts of the industry, offering diverse knowledge and experience in the sheet metal trade. The sheet metal industry needs highly skilled and motivated workers. Through courses offered at our training center, you will get the high quality education and training designed to give you a rewarding career. 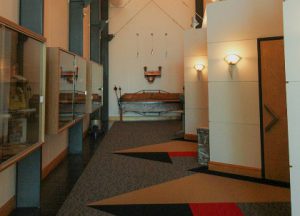 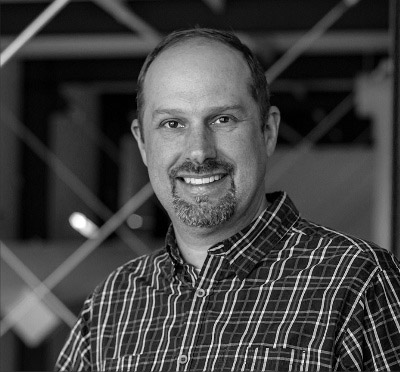 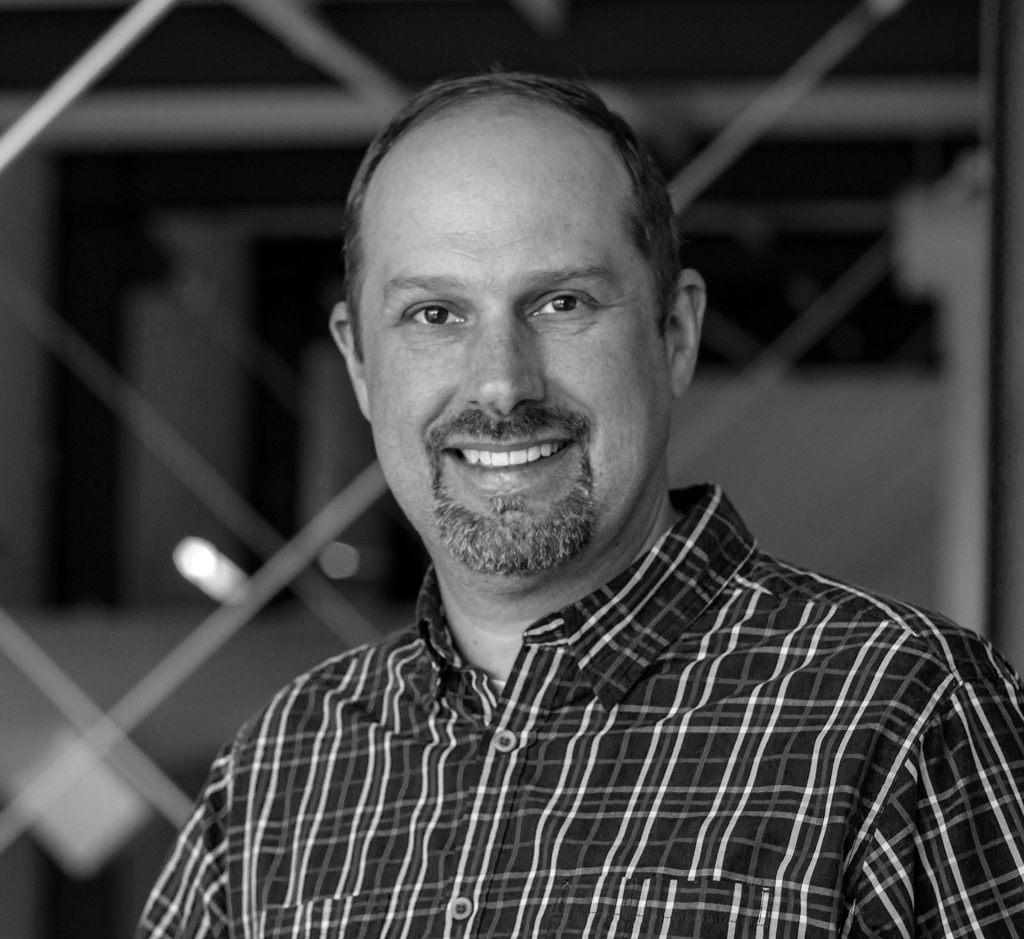 Since 1990, Rob has been working with metal.  From his high school machine shop and working as a machinist to brazing and TIG welding bicycle frames, Rob had a passion for fabricating metal. It wasn’t until Rob discovered sheet metal that knew he had found his career.

In 2002, Rob entered the sheet metal trade as a production helper.  He worked for 13 years at Thompson Metal Fab, in Vancouver, Washington, where he eventually became a building trades journeyman. In 2015, Rob worked for Alliant Systems for 4 years as a foreman.

In April of 2019, Rob became an instructor at the Sheet Metal Institute.  Nine months later, Rob became the SMI Executive Administer of Training.

Outside of work, Rob enjoys sailing, travel, and skiing. 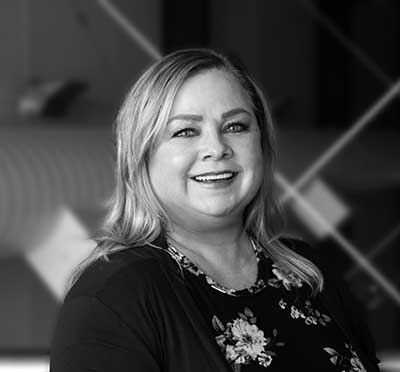 Connie began working for the Sheet Metal Institute in September of 1997.   She came to SMI with no prior knowledge of the sheet metal trade, apprenticeships or how the union operated.  Throughout the years she has been with SMI, she has gained a broad knowledge of the apprenticeship program and sheet metal trade.  She has tremendous respect for the industry and how dedicated the members are to mastering their craft.   She takes great pride in playing a role assisting with the success of the members, helping to achieve their career goals.   As the office manager, Connie wears many hats.  She enjoys interacting with the variety of people who are an integral part of the industry including applicants, members, government entities, and contractors.

Connie has one son.  She loves football and has been a diehard Raiders fan since 1984. 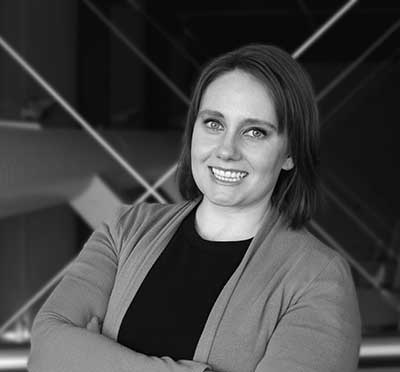 Rachael’s career includes 15 years in management and customer service, with a focus on operational management, training, and development.  Throughout her career, she has mentored many of her employees.  The biggest struggle she saw when mentoring young people was figuring out what they were going to do when they finished high school.   When she saw her partner enter a career in the trades and how it changed their lives for the better, Rachael knew she wanted to help others find the same success.

Rachael has been working at the Sheet Metal Institute since 2019. Her past employers include the Oregon Clinic and Tommy Hilfiger.

Rachael is passionate about outreach, educating people about the apprenticeship program, and the trades in general.  She enjoys getting to know people, helping them to develop and hone skills, and watch them grow and succeed.

Outside of work, Rachael enjoys working on her house, doing puzzles, and spending time with her son. 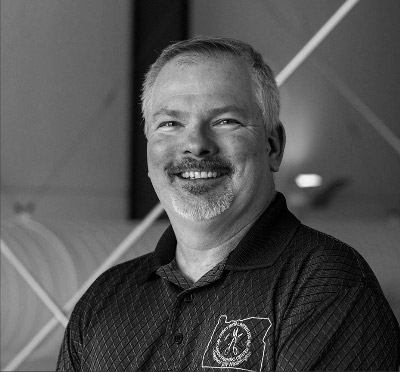 Todd spent two years at Washington State University as a music major. He moved to Portland in 1985 to play music locally.  He learned the JATC was accepting applications.  He joined the sheet metal trade in 1995 and started his apprenticeship.

His past employers include Markman, PMC, Alliant, Temp Control, and Apollo where he worked HVAC and industrial mostly in the shop.

Todd started teaching at the Sheet Metal Institute in August 2015.  He enjoys working with sheet metal because he believes with the skills you learn, you can build anything. 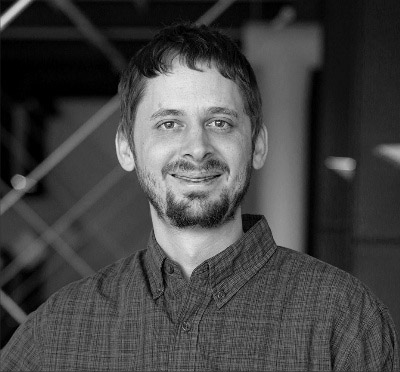 Brandon has been in the field of sheet metal for 13 years.  He started his career working non-union in the field working in architectural sheet metal.   Several years into his career, he discovered the union and decided to join.  Instead of just buying his card, he joined the apprenticeship program so he could learn all the other aspects of the sheet metal industry.  He worked for General Sheet metal in their shop

running equipment, doing layout, fabrication, welding and fabricating ACM panels.  Brandon eventually moved into the office to do CAD work and CNC programming.  Brandon took a strong interest in teaching sheet metal when he competed and won first place during a regional apprenticeship competition hosted by the Sheet Metal Institute.  He has been an instructor at SMI since 2019.

Outside of work, Brandon enjoys overlanding, hiking, riding motorcycles and quads with his wife and two sons.

Paul has 34 years of experience in metal fabrication, 25 years as a union journeyman.
He worked for his father as a race car fabricator and was influenced by his father to enter the sheet metal trade.

Paul has been an instructor at the Sheet Metal Institute since January 2020. He has specialized in specialty metal fabrication including custom stainless steel, copper, and brass. Paul considers architectural metal as a close second. Paul is proud of the jobs he has been involved with throughout the Eugene/Springfield, Oregon areas. He has spent time during his career doing all sizes of HVAC work, industrial work, tool hookup/process pipe welding.

Paul’s previous employers include General Sheet Metal, FM Sheet Metal, Valley Stainless, Harvey & Price, and McKinstry. He has had numerous welding certifications throughout his career. From 2015-2017 he attended manufacturing technologies and business programs at Lane Community College in Eugene.

Paul is married and has five children. In his spare time, he enjoys dirt track racing. 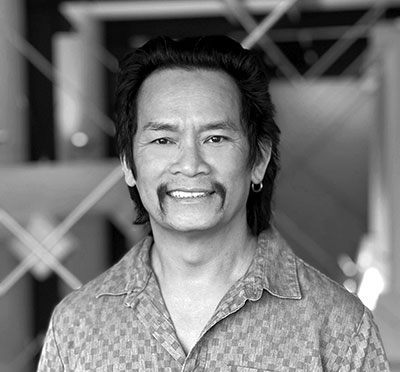 Will has been a sheet metal worker for the last 28 years.  He has enjoyed his time installing panels in the rain, on the side of a buildings, and working in shops.   His greatest moments in the trade include helping individuals succeed and being a part of a team.   Will is excited to join the team of instructors at the Sheet Metal Institute.

In his off time, Will loves to woodwork, garden, travel and wants to do more surfing in the future. 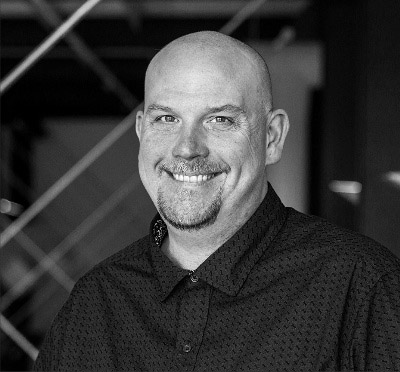 Rick has been in the sheet metal trade for 26 years, joining the Local Union 16 apprenticeship program in August 1994. Rick started in the trade because he wasn’t sure if he wanted to spend the time and money necessary to attend college. Family friends, who owned a union sheet metal shop, introduced him to the career possibilities in sheet metal. The company was willing to train him as an apprentice.

Throughout his career, Rick has worked for several Local 16 shops including Empire Sheet Metal, General Sheet Metal, Vancouver Roofing and Sheet Metal, McKinstry and Artic Sheet. Over the years, Rick dreamed of teaching at the Sheet Metal Institute. In December of 2019, his dream came true.

Outside of work, Rick likes to fish, hunt and travel with his wife. 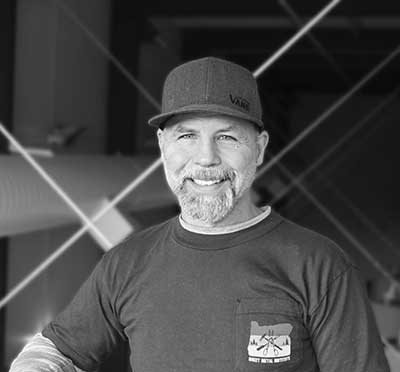 Allan started working with metal when he and his dad worked on old Fords in their garage.  In 11th and 12th grade, Allan took a welding class at his high school in San Leandro CA.  After graduating from high school in 1983, he started a career in welding at a production welding shop.  He began his Sheet Metal apprenticeship in 1986, working in a commercial kitchen equipment shop while going to school. In 1991 he received his journeyman card.

After working at various industrial shops in Oakland, CA, Allan landed a job in 1995 with Therma Inc in San Jose, CA.  While at Thelma, he built many special projects, honing his skills until 2006.  That same year, he and his wife sold their home in Hayward, CA and moved to Oregon City, OR.  He received a position in Portland working in the computer layout office for Handset Stainless.  Due to the economic slowdown in 2008, Allan was let go from his job.  He decided to “go back to his roots” taking a position with Steve’s Auto Restorations in Portland building hot rods. Although the pay was less, Allan experienced great job satisfaction.  It didn’t take him long before he was back in the Sheet Metal trade working for Streimer Sheetmetal in Portland.  After spending nearly five years at Streimer and working for various other shops, Allan became a training instructor at the Sheet Metal Institute in December 2021.

Allan is a father of five boys and three girls and husband to a wonderful wife, Christie. He loves dirt bike riding, fishing, music, food and movies. 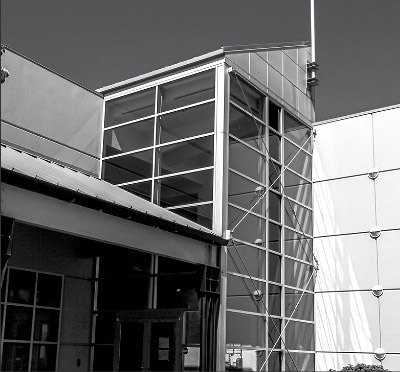 Bob began his apprenticeship 1978 and completed it in 1982. He received journeyman status in 1982. Most of his experience has been in the HVAC industry as well as some architectural and industrial work. Bob worked for Streimer Sheet Metal Works his entire career spending 14 years as a shop foreman. He is now retired. He has been involved in teaching in the apprenticeship program at the Sheet Metal Institute since the mid 1990’s. Bob began by teaching apprentices when the program was a night school. When the program changed to a day school six days a week, Bob taught apprentices on Saturdays. He currently instructs Thursday nights for the study hall class, reviewing what apprentices have learned that week and helping them prepare for the following week.

Bob takes a personal interest in helping apprentices learn and grasp different concepts presented to them through the apprenticeship program. Bob is always willing to help out around the training center when something needs repair. 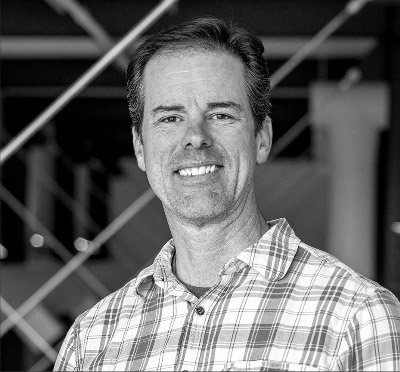 Ben has been in the sheet metal trade for 25 years with metal fabrication as his primary background.   From ornate architectural features to automated machine guarding, Ben has designed and fabricated a wide variety of things.Ben was in the apprenticeship program at Sheet Metal Institute Local 16 from 1995-2000.  He worked at Schmeer Sheet Metal during his apprenticeship.  His sheet metal career began at Arctic Sheet Metal where he did shop work and high tech/ industrial HVAC.  Ben has also worked for Streimer Sheet Metal at Intel and as a millwright for Georgia Pacific.

In 2017, Ben became an instructor at the Sheet Metal Institute.  His favorite part about working at the SMI is adding value to the trade

Outside of work, Ben’s interests include the ministry and volunteering for non-profit work, hiking, kayaking/paddleboarding, and running with the family dog, Juneau.